I am not sure what one says to the Queen on her Diamond Jubilee. Â ‘Congratulations!’? Â ‘Well done, Ma’am!’? Â ‘Jolly good jubilee!”? Â ‘Great weather, heh? Â Typical.’? Â Whatever it is polite to say, I’d like to thank her for the extra day Drew had off work.

We didn’t do much jubilee-ing, but we did attempt to see the flotilla on Sunday. Â Unfortunately, we didn’t get close to the river (I can’t imagine how early we would have had to get there to see the river). Â Elsa made sure that Kenneth was captured in his red, white, and blue.

We also attended a concert with a jubilee theme. Â Kenneth didn’t seem to notice the beautiful music, but it was nap time…. Â Speaking of sleep, Kenneth has begun sleeping in his own bed, in his own room. Â Mummy is exhausted, but it has been very worth it, I think, for us all to begin this process.

Just four nights ago I was glued to the live feed on BBCâ€™s website in the middle of the night. It is hard to believe that last night at a similar hour, I was awake with leg crampsâ€”giggling deliriously at the new choreography Peanut has learned. How can a person so quickly move from fearful to thankful? What has changed?

London was wide awake for three nights in a row while riots and looting sprang up in neighbourhoods across England. I wonâ€™t pretend that I can give you the best report of the events which passed, but I can recommend this BBC web page for a summary of events and this Guardian article for a refreshing look at the â€˜whyâ€™ of these eventsâ€¦ I have not been scared for my own safety in the midst of the disorder; I am very fortunate in this regard. Electronics, sporting goods, and other high street shops were the targets of choice, of which there are none in our immediate vicinity. The most action we saw was on the water; narrow boats moved in from Camden in the East and Hackney in the West. As he rearranged his boat along our part of Regents Canal, a man on one of the boats yelled an apology for waking those of us standing curious on our balconies, explaining that he had been advised to move somewhere safer than where he had been docked. I think we were relieved to hear that danger was still miles awayâ€¦

Hearing the interviews of rioters is just further proof [to me] that we cannot afford to ignore where we are falling short of creating a family centred society (globally) and where we have turned our backs on societyâ€™s responsibility in terms of early childhood development. This is not a suggestion that governments should give more handouts (in fact, I might argue that this is highly undesirable). It is merely my personal reflection on the state of what is fundamental to our survival as a human race as well as what my role is in all of this.

The overlap of education, child and adolescent development, and psychology (in general) has been a passion of mine for years. Suddenly I feel like I have been witness to a very large case study in my chosen disciplineâ€¦

Coming full circle in moments, four nights ago I looked away from the scene of fire, riots, and looting to my growing belly and knew that the very best thing I can do in this world is to provide love to my child(ren) in a stable, healthy environment. It is imperative that I continue to be a light in the world and that I take action, inside and outside my own home.

I am changed by the roller coaster ride of late. I donâ€™t know who I am, but I like her.

I have no idea what bunnies and eggs have to do with Easter (although I do know how they came to be entangled in the observance of the holiday), but I have learned what it means to the British when one of their favourite (yeah, that’s a “u” in favourite) local companies falls prey to stockholder interest. It means hostile takeover. Â So, what’s the big deal?

The average British consumer is a snobby, overbearing foodie. They would like to believe that the meat and vegetables in their shopping are sourced “cleanly” and from local suppliers. Don’t get me wrong, there is certainly a niche market of budget shoppers, but they don’t seem to be the majority here by a long shot.

You canÂ imagine the chaos that erupted when the announcement was made that Kraft engaged in a hostile takeover of Cadbury this past week if you understand the psychology behind it. In a city that celebrates the season of the Creme Egg – which signals the impending bloom of the tulip and the coming of the Easter Holiday, this is devastating news. After all, Kraft is associated in the British consumer’s mind with words and images related to plastic, neon yellow, food-flavored substances, and discount foodstuffs. The reputation of Cadbury is quite the opposite; Cadbury is known for its careful ingredient sourcing, superior methods of chocolate making, ethical product line, brilliant commercials, and ushering in the most important of yearly celebrations.

Yes, Drew and I have actually debated about the best Cadbury commercial. We all know there isn’t really any contest. Everything was better in the 80s. Did you spot the generalization there?

Suffice it to say, the nation is reeling.

The public is concerned about the fall out which undoubtedly result when a company that makes cheap yellow edible plastic gets its hands on the secret Cadbury recipe(s). Â It’s Arthur Slugworth meets Willy Wonka around here.

Why don’t you pop on over to the website and make sure you’re up on the lingo? 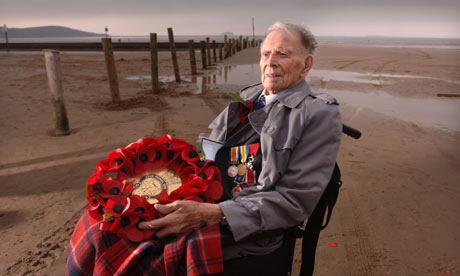 I knew nothing of Harry Patch until his name was everywhere I looked this week. He was a beautiful little old man who had fought in the trenches of the first world war. At the ripe age of 111, he passed away. Harry was the last surviving British soldier of that war and yet did not speak of his experience until age 100. After that he became somewhat of an advocate for peaceful resolution of conflict. His story moves me.

It is so easy to forget how real, and how close, war is to us all. Â We all know someone affected by it, whether or not they are happy to speak of it. Â No matter how any of us feel about war itself, isn’t it important that we remember the humanity of those fighting?

I recently saw a headline that made me stop in my tracks. Â Unfortunately, it was an article someone else was reading on the tube and I couldn’t get my hands on it. Â My curiosity led me to discover that we live very close to the relatively new London Centre for Nanotechnology. Â I’ll be keeping my eyes peeled for more information regarding what kinds of study are currently underway in London, though I do know that a conference is scheduled for 30 April where an American group will be presenting nanotechnological issues relating to food and diet.

I think this is the technology that we hope we can someday use to inject a little “machine” into your blood stream to repair things rather than performing invasive surgeries or overwhelm your system with side effects. Â Maybe I’m mixing up real science with something I’ve seen on Star Trek. Â Whatever the case, if you’re interested, you might be able to catch a lecture on the subject when you visit! Check out wikipedia for more information on the study of nanotechnology.

I wish that the news was bubbling over with fantastic and uplifting stories. There have been some of late that didn’t make my stomach hurt, but the story of Josef Fritzl, has shocked Europe. You can find the full stories here.

Why anything would shock us anymore is almost beyond me. Â Still, though, this case is bizarre. Â It has shaken Austria and ignited the outrage of large groups of local people. Â Fritzl’s trial, which began Monday, is expected to be called to a close on Friday.

Did you know that in Austria juries not only decide guilt or innocence, but also assist the judge with sentencing? Â I suspect that this jury will not deliberate long and they will ask for the maximum sentence on all counts.

Sky news claims that 7 million London based workers stayed home from work yesterday and another 2 million playedÂ hookyÂ today due to the worst snowy weather London has seen in 18 years. Â Drew managed to walk to work this morning. Â Living close to work has its benefits and its drawbacks… Â I must say, though, I would have gone if I had the choice myself. Â The grass is always greener on the other side.